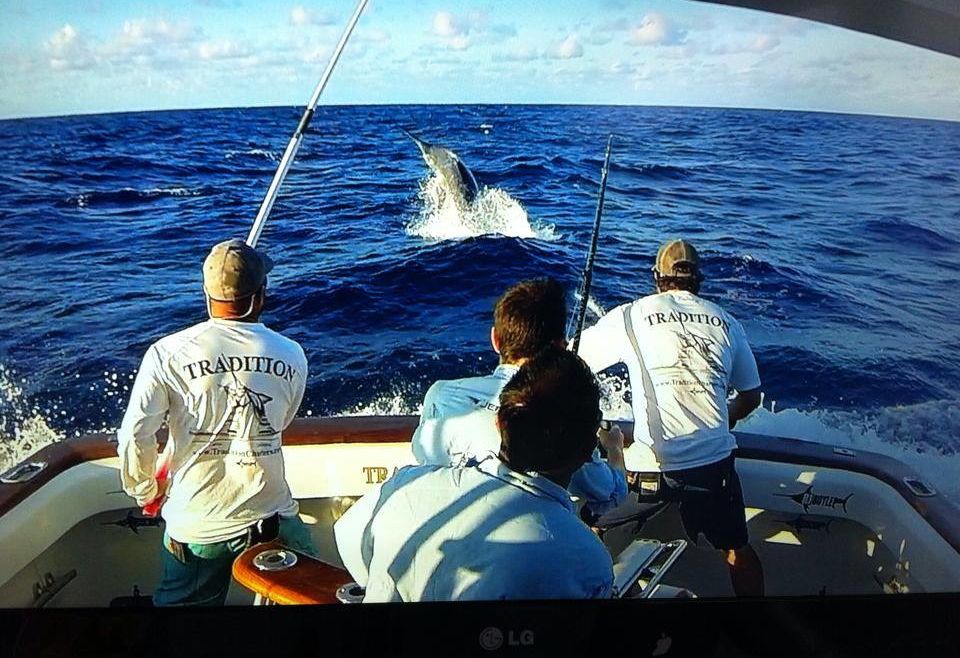 Great Barrier Reef, Australia – It may be our favorite time of year. It is at the very least the most anticipated time of the year in Big Game Fishing. The boats are scattered along their favorite reef in anticipation for when those pesky little male Black Marlin, turn into her Majesty. I am not sure who is more excited to see her between the Boats and the males, but needless to say both welcome her arrival.

Earlier this month, we had a few boats out chasing marlin with Iona picking off a 650 and a 500 lbs. Black Marlin, but thing went quiet……until now. In the last two days we have seen four (4) fish over 700 lbs. signaling the official start of the season. Ultimate Lady got it kicked off releasing an 800 lbs. Black Marlin, Amokura followed up with a 900, Top Shot released an 800 and then Tradition finished it off with a 700. We would call that a very good end to September and a great start to October, which has traditionally been the best month to target these magnificent and overgrown (I may add) Black Marlin.

If you have had the “itch” to add one of these Black Marlin to your bucket list, time to check it off. I know a few boats have limited availability.