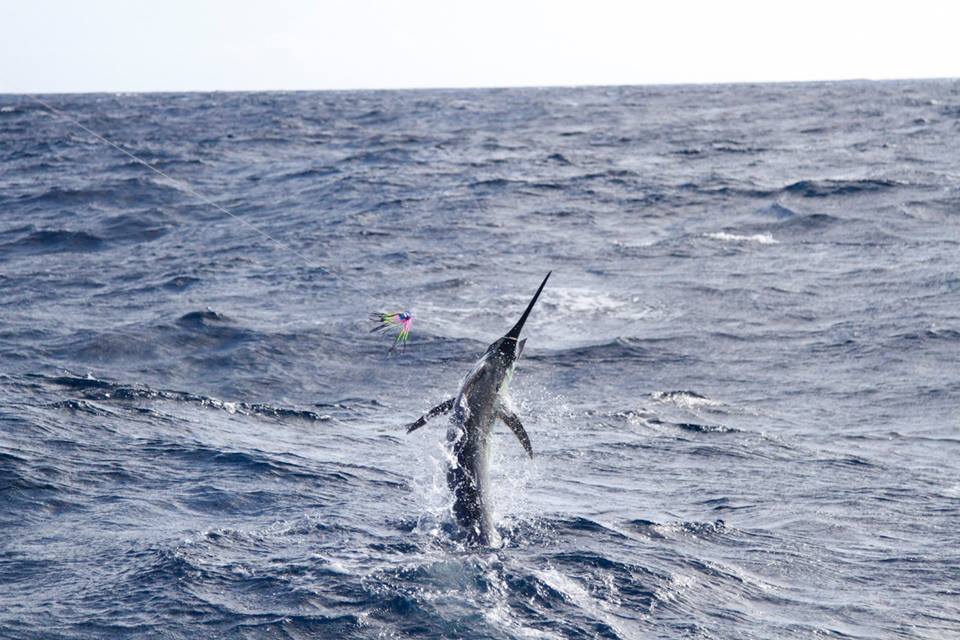 La Romana, Dominican Republic – Whomever said February is not a a prime month off the DR needs to get their head examined. In fact, we all need to get a reality check when it comes to Blue Marlin. It seems we are all getting a little spoiled, when catching five (5) Blue Marlin in a day is not even noteworthy. I have never known a bad day when you catch a Blue Marlin and I am sticking too that.

Boats fishing out of La Marina at Casa de Campo put up big numbers for a “slow” month, with over a hundred (100) Blue Marlin released over the last two weeks with typically 3-4 boats fishing a day. The best day we heard of was six (6) Blue Marlin on the Black Gold, but Betsy, Shoe, Fully Occupied and Reel Passion all had five (5) Blue Marlin days as well.

The bite was too much for us to handle, so we had to experience it ourselves. We had the pleasure of fishing with Capt. Daryl Browers on the Contango and Capt. Gary Richardson on the Reel Passion. In two days of fishing we released eight (8) Blue Marlin and had eighteen (18) bites, including a quad and a triple. If you have not experienced that before, that means that almost every bait in the water was covered by a Blue Marlin. For a marlin enthusiast, that is pure nirvana. For both crews, we were lucky enough to fish with some top notch folks who were completely focused on us catching Blue Marlin and having an overall great experience.

We feel very fortunate to have been to some of the finest resorts and marinas in the world. Let us say, that without a doubt, the entire campus of Casa de Campo from the Hotel to the facilities was one of the best we have ever experienced. The word “world class” is so over used, yet it could not be more appropriate here. There is just something about a well established and well run resort that makes us want to come back again.

On a more personal note, we would like to extend our warmest thanks to La Marina’s  Mayorette Vilma Nunez and the Mayor Jose Gonzalvo. We go for the fishing, but the people make it special. I can’t imagine a warmer welcome and a more hospitable group of people. They run a top notch facility and are incredible ambassadors for the the Dominican Republic and for Sportfishing as a whole.

If you want to experience some of the best Blue Marlin fishing in the world Casa de Campo has to be on the list and we encourage you to contact either Capt. Daryl Brower on Contango or Capt. Gary Richardson on Reel Passion.