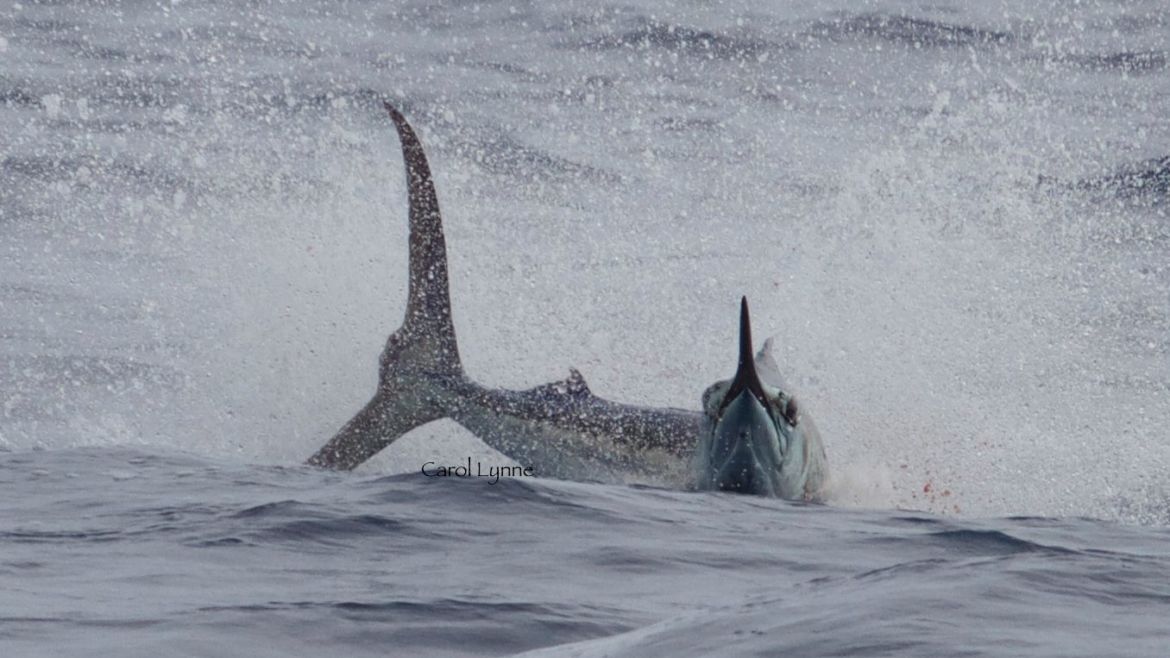 Kona, Hawaii – This has been one of the best and one of the oddest summers the Big Island has seen in years. A fishery known for their large Blue Marlin has seen a big wave of small Blue Marlin, giving many boats 5+ shots a day even in September. That is not to say there have not been big marlin around, in fact it may be the best year ever for beasts, with six (6) Granders caught on the Big Island including 1,226 on Luna and two historic catches a 1,309 on Northern Lights and a 1,368 on Dyna. What is odd abut this year thought is lack of “tweener” fish, the typical 500-700 lbs. blues that are so routinely seen here.

Now, sitting in the middle of September where the fishing usually starts to slow down, we are still seeing that summer like wave of small Blue Marlin (100-300 lbs). Northern Lights released 5 Blue Marlin, Eljobean released 4 Blue Marlin and Luna caught 4 (including a 508 lbs). There have been a few more 500+ caught with Ihu Nui weighing a 652 and Last Chance releasing a 600. The remainder of September could be very interesting with the full moon at the end of the Month. Could we see a September Grander?