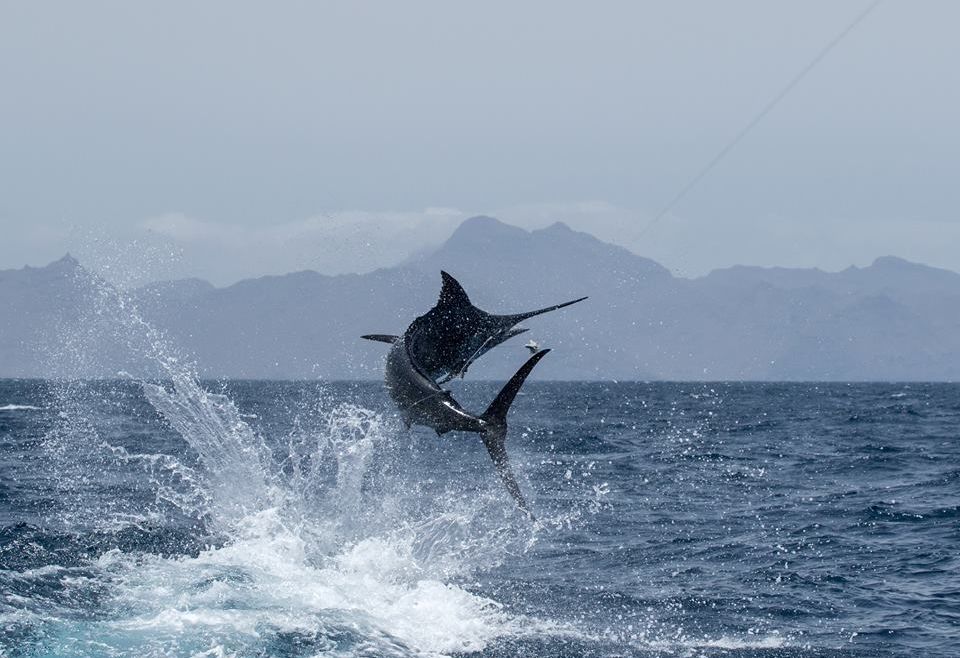 The Billfish Report is counting down its Top 10 Billfisheries of the Year, and our #2 Billfishery goes to the Cape Verdes. Criteria for our Top 10 include fish numbers, variety of billfish species, average size of fish, length of season and number of boats fishing. With over 11,000 Billfish Reports submitted to us in 2015 from around the World, to even be considered for our Top 10 makes a fishery one of the best!

It offers what no other fishery in the World can offer, Numbers and Size. It is the only place in the world where you can release 10 Blue Marlin in a day and have a shot at a Grander. Boats here routinely release seventy (70) Blue Marlin in their relatively short season (4  Months) and getting one hundred (100) is not out of the question.

The Cape Verdes produced ninety-eight (98) Blue Marlin over 500 lbs. in 2015 (103 in 2014) and was the 2nd Best Fishery for large Blue Marlin in the World. From those, four (4) were Granders with the 2nd Largest Blue Marlin caught in the Atlantic, a 1,254 lbs. behemoth on the Big Oh. Seeing a large Blue in the spread is not an oddity at all, with three boats releasing over ten (10) in the Season with Nha Cretcheu with 13, Happy Hooker with 11 and Andromeda with 10. Getting multiple 500+ fish in a day here is also a possibility with Andromeda, Sea Quest and Boca Raton all accomplishing this.

If you had to criticize this fishery, it would be the lack of variety. While they do get the odd White Marlin and Spearfish, Blue Marlin are the most plentiful and for that matter the most targeted.

The numbers were not as good as 2014, but they were still off the charts compared to most fisheries. The Best Day in the Atlantic and the 2nd Best Day in the World on Blue Marlin came off the Big Oh who went an eye-popping 17-25. They crossed the ten (10) Blue Marlin mark three times including a back to back trip when they went 20-22 over 2-Days.

Congratulations to the Cape Verdes our #2 Billfishery of the Year!

The Hooker went 7-8 on Blue Marlin.