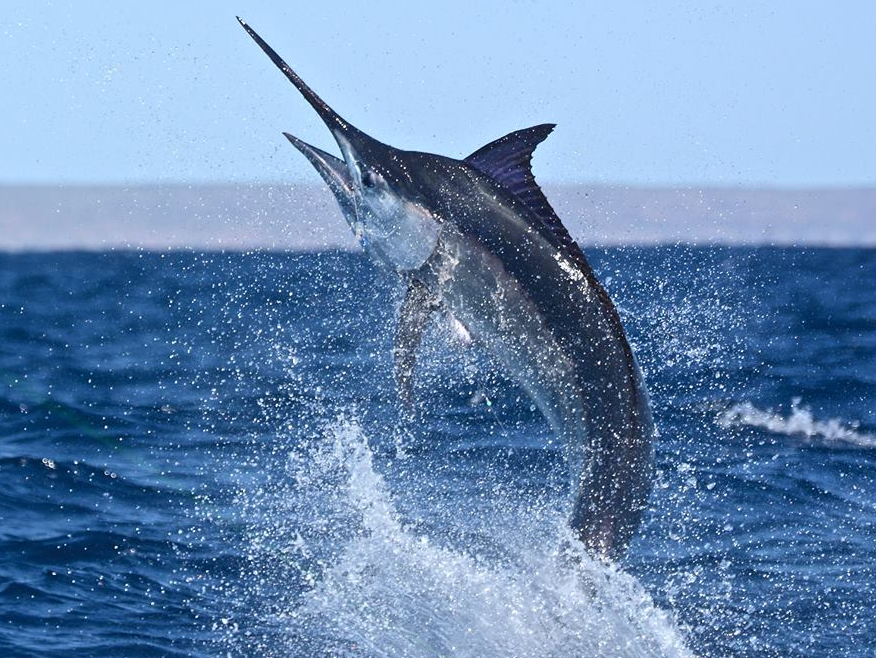 The Billfish Report is counting down its Top 10 Billfisheries of the Year, and our #6 Billfishery goes to Exmouth, Western Australia, Australia. Criteria for our Top 10 include fish numbers, variety of billfish species, average size of fish, length of season and number of boats fishing. With over 11,000 Billfish Reports submitted to us in 2015 from around the World, to even be considered for our Top 10 makes a fishery one of the best!

If Variety is the Spice of Life, Exmouth should be renamed the Spice Coast. We continue to be amazed with the variety of Billfish species caught in these waters. This is especially true when the Blue Marlin are offshore, but every report we get it seems like the bite has shifted from one species to the next and we are talking daily.Black Marlin, Blue Marlin, Striped Marlin and Sailfish are all caught routinely here.

While most of the fish here are in the 200 to 300 lbs. range, they do get their fair share of large Blue Marlin, with eight (8) Blue Marlin reported to us over 500 lbs, the largest was a 750 on Poppa George. This is a year round fishery with Billfish caught in every month of the year.

They do not get a “staggering” number of fish in a day, but this fishery and these boats are consistent. We get day after day reports of boats releasing 3-4 Billfish in a day. Diversity, Azura, Peak and On Strike all had four (4) Blue Marlin or Black Marlin days,with On Strike recording the best day on Black Marlin, going 5-6. The Sailfish bite can even get hot as it did this year for a small stretch, where Peak Sportfishing went 17-17 on Sailfish and On Strike released 30 over a 3-Day period.

Congratulations to Exmouth, West Australia our #6 Billfishery of the Year!

Deadly Weapon went 3-4 on Blue Marlin and 1-1 on Black Marlin.

Diversity went 4-7 on Black Marlin and 1-1 on Sailfish.

On Strike released a Grand Slam with a Blue Marlin, Black Marlin and Sailfish.

On Strike went 4-4 on Black Marlin.

On Strike going 5-6 on Black Marlin.

Peak Sportfishing  released a Super Grand Slam going 2-3 on Blue Marlin, 1-1 on Black Marlin, 1-2 on Striped Marlin and 2-2 on Sailfish.