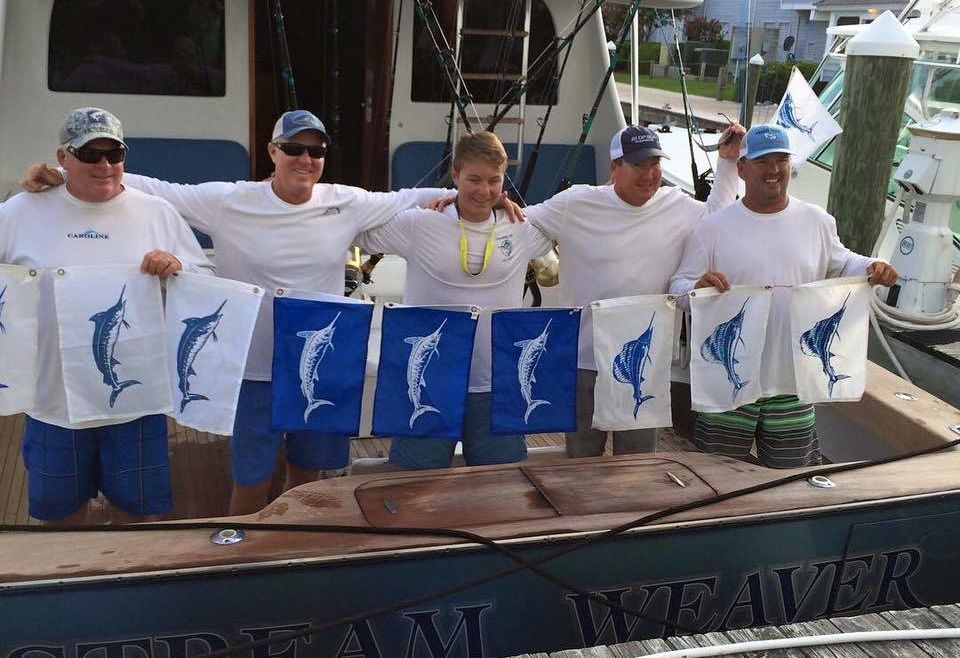 The Billfish Report is counting down its Top 10 Billfisheries of the Year, and our #8 Billfishery goes to Oregon Inlet, North Carolina. Criteria for our Top 10 include fish numbers, variety of billfish species, average size of fish, length of season and number of boats fishing. With over 11,000 Billfish Reports submitted to us in 2015 from around the World, to even be considered for our Top 10 makes a fishery one of the best!

To go with the great variety, this was an excellent year for Blue Marlin with most boasts getting 1-2 shots a day. We had two boats with four (4) Blue Marlin as the Skirt Chaser went 4-5 and then one of the more improbable catches off the Fishing Frenzy who went 4-4 on a Quadruple Header. There were some nice size Blue Marlin mixed in here as well with ten (10)  reported to us over 500 lbs., the largest on Sea Breeze at 800 lbs.

Oregon Inlet has a large fleet of boats working out of a number of Marinas with the bite starting in May and going all the way into October. The only thing that did not materialize this year was the Fall White Marlin bite. During the height of that run back down the coast, boats can pick off 20+ White Marlin in a day. While there was still good White Marlin fishing to be had, we did not see customary rigger full of flags. The best report was on The Hooker, who managed to release a very respectable eighteen (18) White Marlin as well as a Blue Marlin. Other boats releasing 10+ White Marlin in a day included Sandra D, Skirt Chaser and Sea Toy.

Congratulations to Oregon Inlet, North Carolina our #7 Billfishery of the Year!

Outer Limits released a Grand Slam with 2 White Marlin, Sailfish and a Spearfish.

True Grit released a Grand Slam with 2 White Marlin a Blue Marlin and a Sailfish.

Armada released a Grand Slam with a Blue Marlin, 2 White Marlin and a Sailfish.

Desperado released a Grand Slam with 2 White Marlin, 2 Sailfish and a Blue Marlin.

Instigator released a Grand Slam with 2 Blue Marlin, 6 White Marlin and a Sailfish.