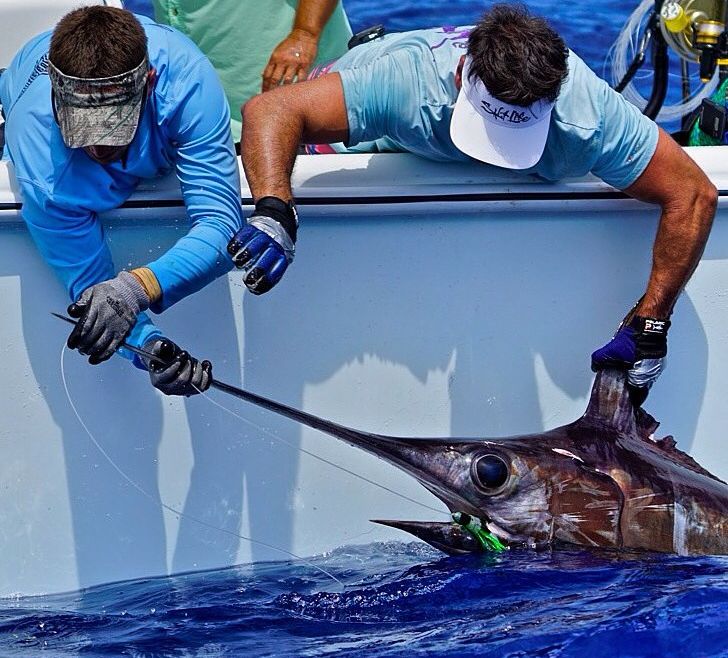 The Billfish Report is counting down its Top 10 Billfisheries of the Year, and our #8 Billfishery goes to South Florida and the Florida Keys. Criteria for our Top 10 include fish numbers, variety of billfish species, average size of fish, length of season and number of boats fishing. With over 11,000 Billfish Reports submitted to us in 2015 from around the World, to even be considered for our Top 10 makes a fishery one of the best!

It is the worst kept secret in fishing. Many still try to purposely not even get the word out…..these waters are simply the best place in the World to catch a Swordfish and it is not even close (sorry New Zealand).  From Palm Beach County to Monroe County you have not only the best Swordfishing but one of the best Sailfishing destinations in the Atlantic.  Although caught year round, when the winter winds start pushing the Sailfish south along the reefs, there may no finer place to have a double digit day. Swordfish are likewise year round, but some captains do prefer certain months.

While there are plenty of small Swordfish caught, we did get two (2) Swordfish reported to us over 500 lbs. the largest of which was a 620 lbs. on Reel Hook’d. Trust us when we say that these two represent only a percentage of the number of large Swordfish caught in these waters. We had eight (8) reported to us over 250 lbs and once agian, we know this is just a fraction of those that were caught. What makes this fishery different than others though, are the numbers. Getting 3-4 shots a day on Swords is common, landing them may be a different story.  We had multiple four (4) Swordfish days from Capt. Brandon Mullar on Broadbill out of Duck Key and Capt. Nick Stanczyk on BnM II (now Broad Minded) out of Islamorada.

Despite the incredible Swordfishing, Sailfish still remain king in these waters. In the winter months, there is almost a tournament every week. In these waters with these crews, you better be on top of your game with many tournament’s top boats averaging 10+ Sailfish a day. We had twenty-one (21) reports sent to us with 10+ releases on Sailfish. The best report came from Team Priceless who went an outstanding 34-43 on Sailfish off Miami.

While not a reliable Blue Marlin & White Marlin fishery it is not rare to encounter them. Two Suns went 2-3 on Blue Marlin off Miami and we had a 500 lbs. Blue Marlin released off Key West on Sea Boots. Most boats are not targeting Blue & White Marlin, so it is tough to know how good it could really be. Add in the fact that there are so many other gamefish options, both offshore and inshore and you will start to understand why they are not targeted. Still, there are plenty of Billfish in these waters and this fishery continues to be a perennial Top 10 finisher.

Congratulations to South Florida and the Florida Keys, our #8 Billfishery of the Year!