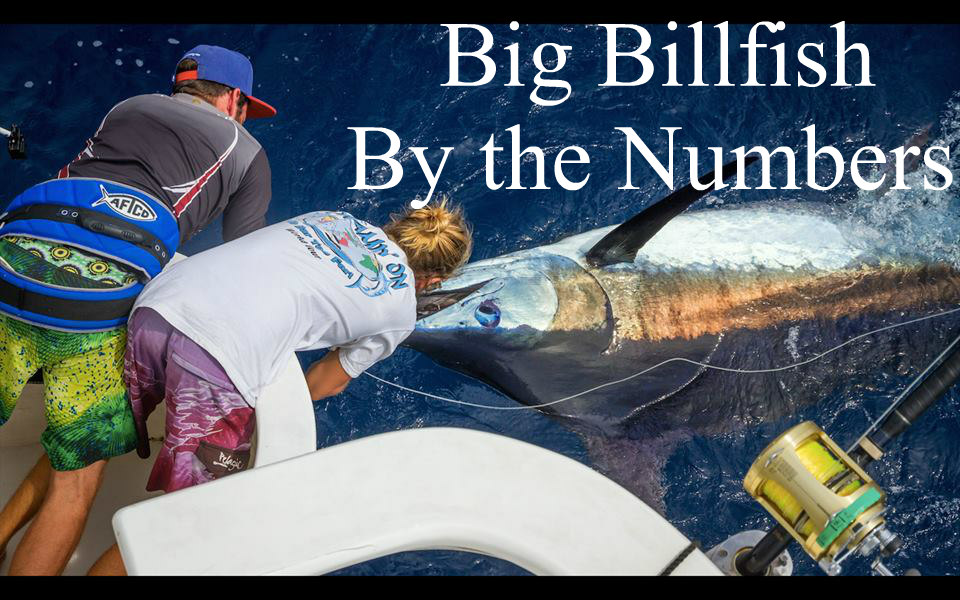 2016 Big Billfish By The Numbers 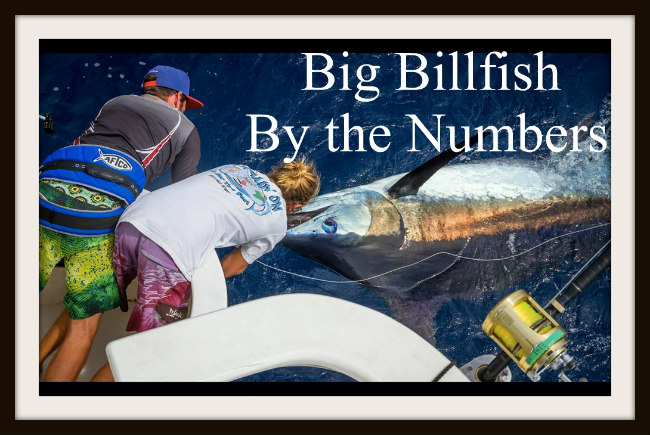 We had another incredible year in terms of reports to the Billfish Report with over 12,000 Reports. That means we averaged thirty-two (32) reports a Day. With all that data, we thought we would share with everyone what certain fisheries and boats produced in term of “Big Billfish” in 2016.

Cape Verdes was our Top Blue Marlin destination with 146 Blue Marlin reported to us over 500 lbs.

The Great Barrier Reef was our Top Black Marlin destination with seventy-two (72) Black Marlin reported to us over 500 lbs.

Our Top Black Marlin Boat was the Tradition on the Great Barrier Reef catching twelve (12) Black Marlin over 500 lbs.

Tasmania, Australia was our Top Swordfish destination with seven (7) Swordfish reported to us over 500 lbs.

Our Top Swordfish Boat was the Taroona in Tasmania catching two (2) Swordfish over 500 lbs.

Our Largest Swordfish was 825 lbs by Dean Watkins in Tasmania.