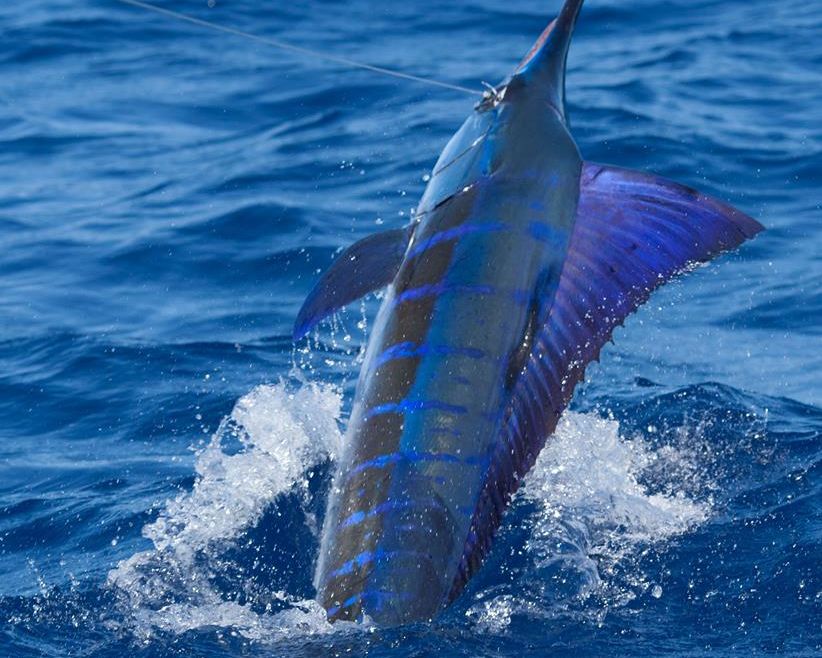 Watamu, Kenya – Boats from Watamu to Malindi are finding the Billfish and in good numbers and excellent variety. Boats are raising as many as five (5) Blue Marlin in a day with Tarka releasing 3. Boats can see five plus (5+) Striped Marlin in a day as well with Clueless releasing six (6). Both Sailfish and Black Marlin are being targeted as well, with Alleycat releasing a Grand Slam (Blue Marlin, Sailfish, Black Marlin).

We have seen as many large marlin as we can remember in a short time frame with five (5) Blue Marlin released over 500 lbs (Neptune, Eclare, Unreel, Alleycat, Seahorse) and a Black Marlin as well estimated at over 500 lbs. on White Bear.

Capt. Stuart Simpson on Jichi is reporting most fish are being caught on the Rips even in the green water.  Could only imagine how good the bite could be with some clean water. The bait is there and so are the Bills.

Alleycat released a Grand Slam with 2 Blue Marlin, 2 Sailfish and a Black Marlin.

Seahorse released a Blue Marlin and a Striped Marlin.