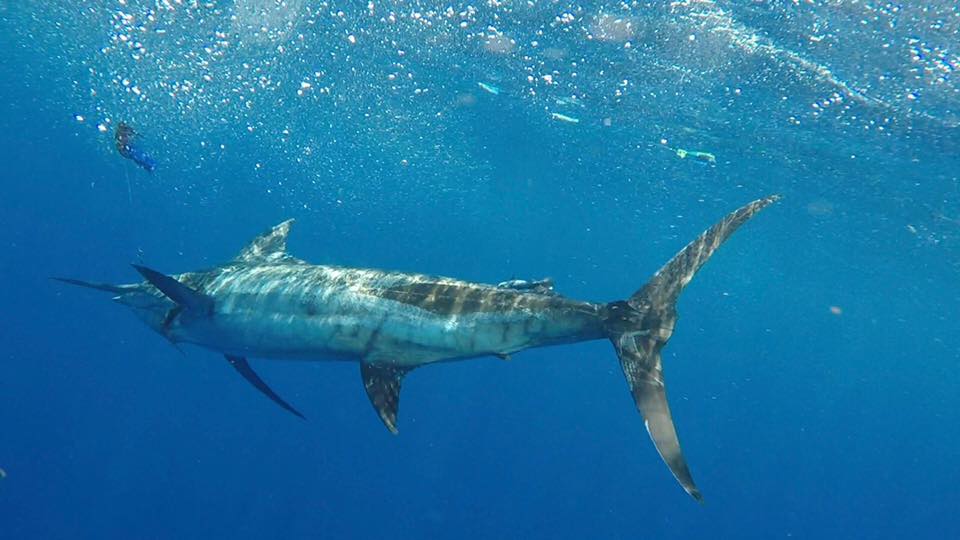 North Carolina (USA) – There has been a large wave of Blue Marlin concentrated from Wilmington to Hatteras. Boats are routinely seeing 2-3 Blue Marlin a day with a few White Marlin and Sailfish mixed in. Blue Eyes fishing out of Morehead City had one of the best days on Blue Marlin in these waters that we can remember going 7-12. There have been some nice size Blue Marlin mixed in as well, with Reliance releasing a 600 & 500 and Hatteras Fever  weighing in a 621 lbs. fish.