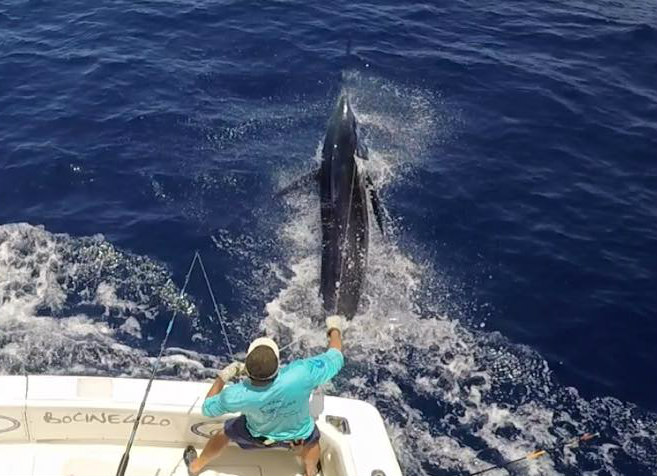 2016 Billfisheries of the Year – #7 Canary Islands

The Billfish Report is counting down its Top 10 Billfisheries of the Year and our #7 Billfishery is the Canary Islands. Criteria for our Top 10 include fish numbers, variety of billfish species, average size of fish, length of season and number of boats fishing. With over 12,000 Billfish Reports submitted to us in 2016 from around the World, to even be considered for our Top 10 makes a fishery one of the best!

Canary Islands – The first thing that comes to mind when you mention the Canary Islands to anyone in the billfish community is Big Blue Marlin. It is more common to see a 500 lbs. Blue Marlin than a 250 lbs. fish when conditions are right. Like a lot of the Eastern Atlantic island buffets, these islands are very dependent on warm water currents. With that, their seasons tend to fluctuate, but when it is on, it can be special and 2016 was. They are not a newcomer to the Top 10, earning the #10 spot in 2014 and the #9 spot in 2009, but this is their highest ranking to date.

In a relatively short season, where the fish are there anywhere from four to six months. In 2016, that accounted for an impressive sixty-nine (69) Blue Marlin over 500 lbs. including a Grander released off La Gomera on Sea Spirit. This placed the Canary Islands as the 2nd best place in the World in 2016 to catch a Blue Marlin(500+). Capt. Hafid Oualiti El Harrouyi on Cavalier was the Top Boat in the islands releasing nineteen (19) Blue Marlin over 500 lbs, the largest an 829 lbs. fish that unfortunately came up dead. Capt. Hafid must have been calling in some favors from the man above as he more than doubled up his closest competitors. Nobody is complaining however as most boats had exceptional seasons on big fish with Fish On releasing nine (9), Cal Rei (7), Bocinegro (6) and Opa Locka (6). Opa Locka had one of the finest days we heard of anywhere in 2016, when they went 5-5 on Blue Marlin, all of them over 500 lbs. What makes these number on big Blue Marlin even more impressive is the relatively small size of the fleet with both Grand Canary and La Gomera typically only fishing 4-5 boats in any given day.

This is primarily a Blue Marlin fishery, but they do get White Marlin and Spearfish but not normally in great quantities. This is likewise not a big numbers fishery but we did have the five (5) Blue Marlin day on Opa Locka and a a handful of four (4) Blue Marlin days.