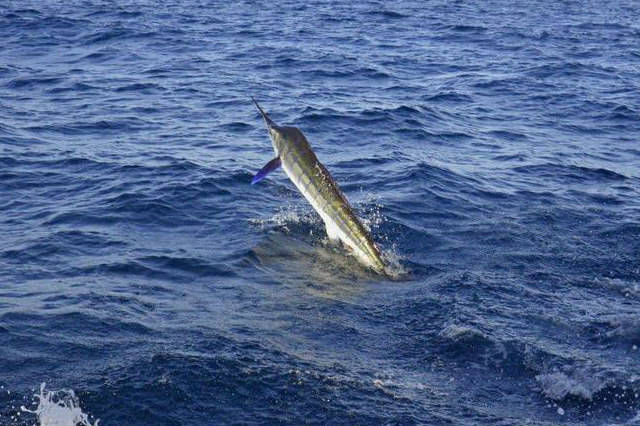 The Billfish Report is counting down its Top 10 Billfisheries of the Year and our #9 Billfishery is Cabo San Lucas, Mexico. Criteria for our Top 10 include fish numbers, variety of billfish species, average size of fish, length of season and number of boats fishing. With over 12,000 Billfish Reports submitted to us in 2016 from around the World, to even be considered for our Top 10 makes a fishery one of the best!

Cabo San Lucas, Mexico –  Clearly one of the most iconic tourist and fishing destinations in the world, where using just the word “Cabo” everyone knows what Cape you are talking about. The most famous Striped Marlin destination is back in the Top 10 after an Honorable Mention in 2015. They had to earn their way back in though as 2016 has proven to be one of the greatest billfishing years worldwide we have seen.

It is indeed the Striped Marlin Capital of the World for good reason. This fishery is one of only a couple where you can literally catch a Striped Marlin any day of the year and if you hit it right, maybe five (5) or even ten (10). In 2016 we had twelve (12) reports of 5+ Marlin released in a day and ten (10) reports of 10+ Marlin released in a day. The best day on Striped Marlin came off the Hooray releasing an impressive thirty-five (35). Other boats with excellent Striped Marlin days include Caliente (23), Tranquilo (19), Reel Quest (15) and Karma 3 (15). The best day on Blue Marlin came off the visiting Costa Rica boat Tranquilo, who released six (6). The second best day of the season ironically also came off a visiting Tico boat, with Sea Angel releasing five (5) Blue Marlin.

This is absolutely a year round fishery with Blue Marlin, Black Marlin and Sailfish making their strongest appearance in Summer and Fall. You would think with such great variety we would have received more Grand Slams, but we ended up with only two (2) reported to us.

Congratulations to Cabo San Lucas, Mexico our #9 Billfishery of the Year.