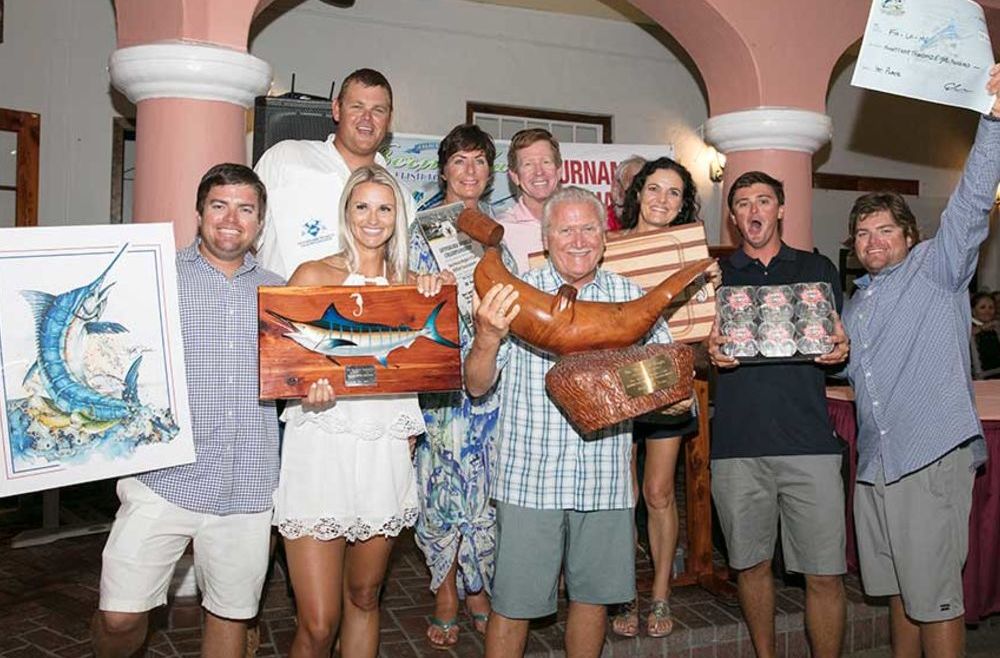 HAMILTON, Bermuda (July 25, 2017) — The 44th Annual Sea Horse Anglers Club Bermuda Billfish Tournament came to an exciting conclusion when Capt. Rob Moore’s Fa La Me roared to a second victory in this event, amassing an amazing total of 3,600 points over the course of the three days fishing. The haul consisted of three white marlin and six blue marlin releases which won Team Fa La Me the Day One and Day Three Jackpot Releases, Overall Billfish Release Points Jackpot and Overall First Place in the tournament, bringing in an impressive $91,800!

Team Just A Dog with Capt. Michael Farrens won third place in the Most Overall Release Points Jackpot with 1,200 points from two blues and one white marlin release, earning them $10,800.

Teams Game Changer and Que Mas each earned $2,400 in the Other Game Fish . Michelle Makmann / Out Your Front Door

Other notable catches were a 163-pound yellowfin tuna caught by Team Game Changer and a 48.8-pound wahoo caught by Team Que Mas to take the Other Game Fish categories, earning each team $2,400.

The tournament, fished from July 19-23, was a resounding success with 311 anglers on 32 teams catching 49 billfish during the event.

Team Just A Dog won third place in the Most Overall Release Points Jackpot. Michelle Makmann / Out Your Front Door

Michelle Makmann / Out Your Front Door

Michelle Makmann / Out Your Front Door