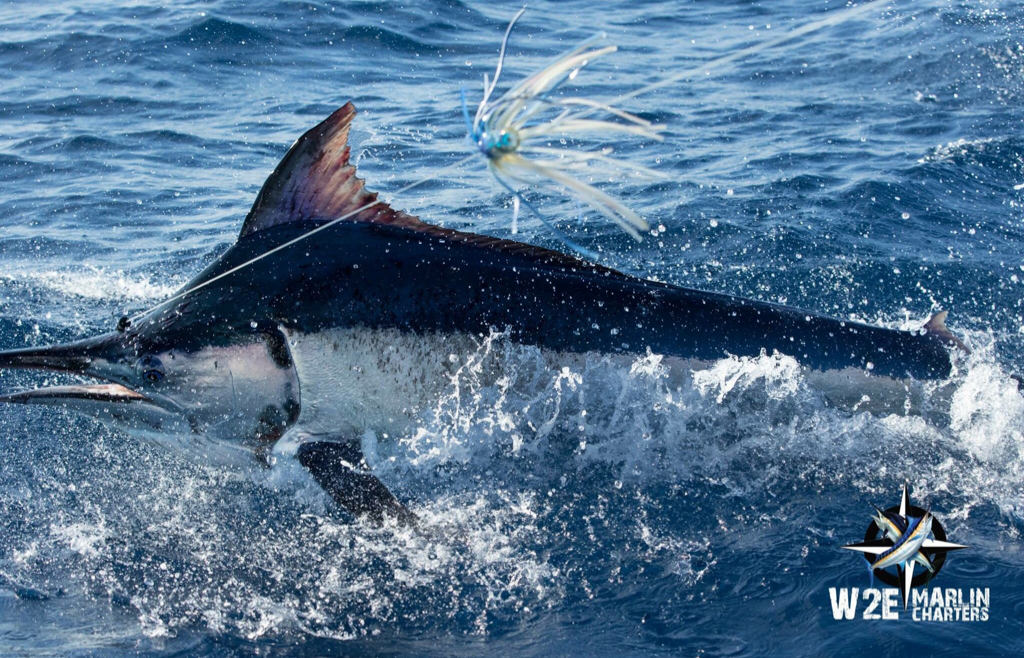 Kenya – We are getting good reports up and down the coast from Malindi to Shimoni and have been for weeks now. Reports are coming in with both good variety and numbers on Striped Marlin, Sailfish and Blue Marlin. Most of the Blue Marlin are in the 250-450 lbs range, but we did get a report of a 600 lbs. Blue Marlin released on Neptune out of Malindi. Best Report on Sailfish came off the Shuwari going 8-17 out of Diani. Farther south in Shimoni, Simba got into great Striped Marlin action going 4-12.

Shimoni, Kenya – Clueless went 3-5 on Striped Marlin and 1-5 on Sailfish.