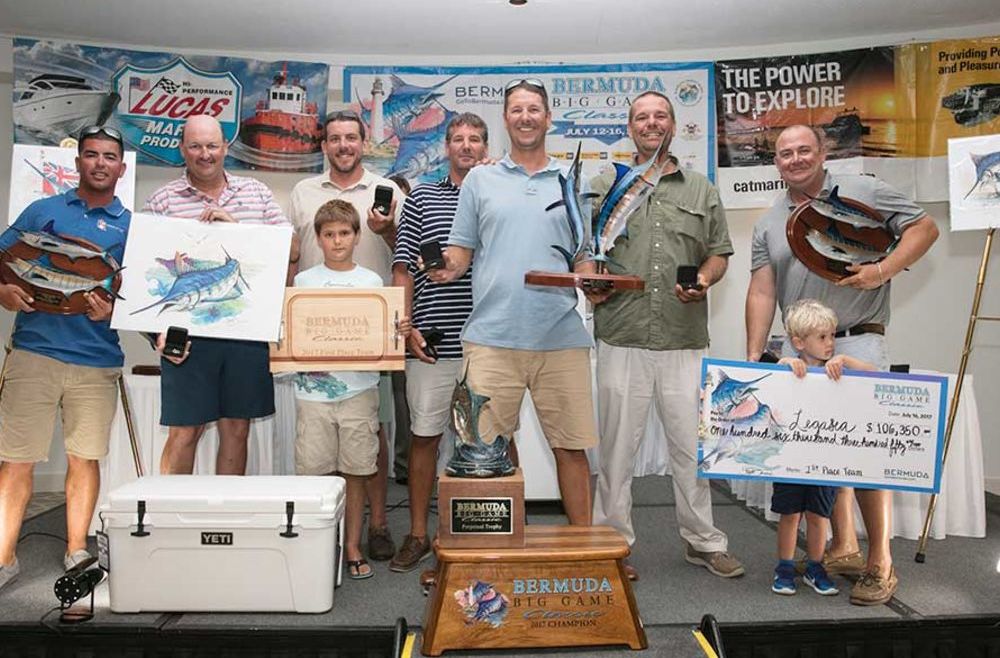 HAMILTON, Bermuda (July 19, 2017) — To kick off the second leg of the 2017 Bermuda Triple Crown, 41 boats launched out of the marina on July 13—many of them decorated with flags flying—in the Bermuda Big Game Classic’s traditional boat parade.

But after three days of fishing, the tides had turned toward the unexpected, as a team of local anglers in a modest 35-foot Willis Beal lobster boat proved that you don’t need a high-tech yacht to win a big-time tournament.

This boat has great history of raising fish, including a 2008 World Cup win for former owners under the name of Sea Scorpion. This is the second time a local Bermuda-based boat has won the Big Game Classic. Interestingly the other local boat, Challenger, won the inaugural event and also has great history in Bermuda. It was Challenger with angler Gary Hines that won the World Cup in 1993 with an 1,195-pound blue marlin, which stands as the largest fish ever caught in World Cup history. 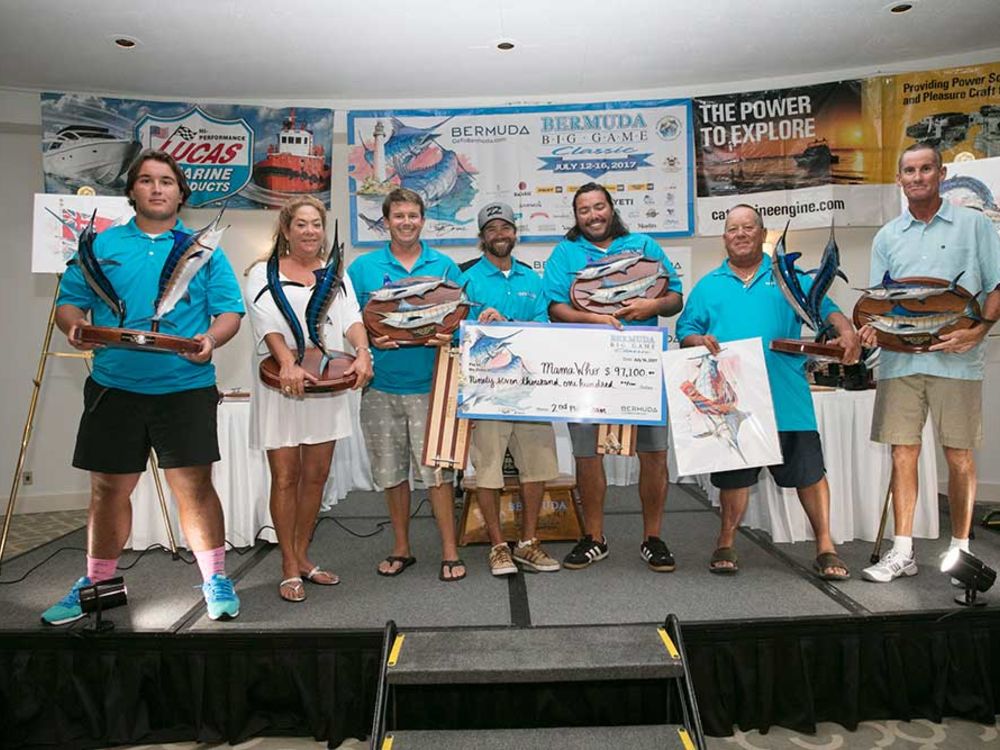 For Captain Will Thornhill and the team aboard Mama Who, competition was tight until the very last moment. With three white releases and one blue heading into the final day, team Mama Who was poised to make a run for the win. At 2:41 p.m. the call came they were hooked up, and with the passing of an hour, it appeared to be nice one. At 5:15 p.m., after a two-and-a-half hour battle, 17-year-old junior angler Sales De La Barre angled the fish to gaff and the team raced to the docks to weigh in a large blue marlin.

At a sizable 540 pounds, the catch was enough to earn the team Double Daily Marlin Jackpot and Second Place Team honors with a total of 1,640 points. Their billfish release points gave them Third Place Overall Billfish Release Points as well as Top Junior Angler and Tournament Angler honors for Sales De La Barre.

Because owner Lainey Jones’ Mama Who is a Jarrett Bay Boatworks game boat, they also won the Marlin Magazine Manufacturers Division, adding up to $97,100 in total winnings. 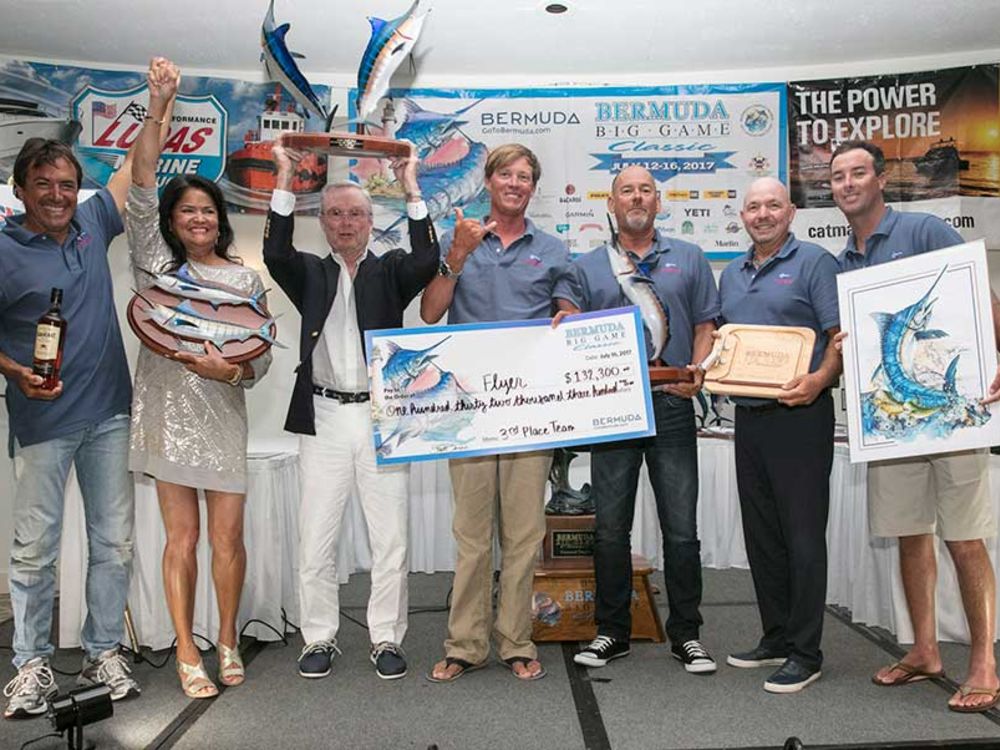 For team Flyer, with Captain Bryce Garvey at the helm of a brand-new 86 Merritt owned by Kevin Jaffe, the tournament couldn’t have started out better. With the first bite of the day at 8:45 a.m., team Flyer was battling a huge fish with angler Mark Woodbury in the chair. After an hour and forty five minute battle, Flyer called in the boated fish and headed to the scales. With a short length of 129-inches, it was an impressive fish that ultimately tipped the scales at 871-pound, winning the Daily Blue Marlin Jackpot.

Team Flyer added a blue marlin and white marlin release to earn enough points to take third place in the tournament with 1,571 points. The 871-pounder is the third largest fish weighed in the Big Game Classic’s 18-year history and took the Winner Take All Largest Marlin Jackpot. This elevated team Flyer’s total winnings to $132,300.

The Bermuda Big Game Classic, presented by the Bermuda Tourism Authority, culminated in a cocktail reception at the Bacardi International Headquarters followed by a beautiful awards banquet dinner in the Harbourview Ballroom at the Fairmont Hamilton Princess Hotel. A memorable time was had by all.