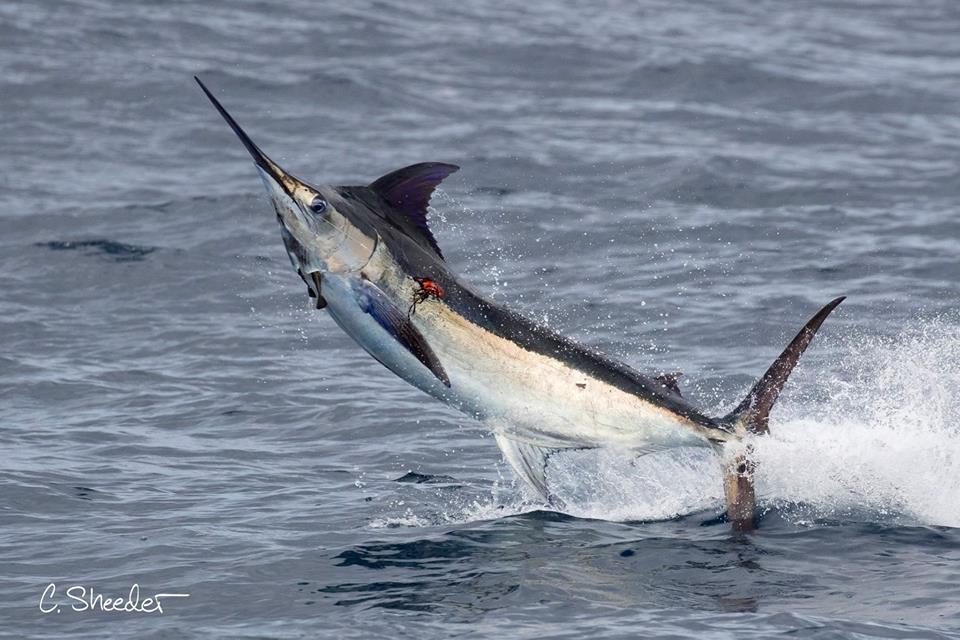 The Billfish Report is counting down its Top 10 Billfisheries of the Year, with #2 Jaco-Quepos, Costa Rica . Criteria for our Top 10 include fish numbers, variety of billfish species, reports, average size of fish, length of season and number of boats fishing. With over 9,000 Billfish Reports submitted to us in 2017 from around the World, to even be considered for our Top 10 makes a fishery one of the best!

Jaco-Quepos, Costa Rica –  Simply amazing to see what this fishery has become over the last 15-Years. What started as (and still is) one of the premier marinas in Central America (Los Suenos), with what could be best described as a “solid sailfish bite”, to perhaps the world’s best all around billfishing in the world. Watching this fishery evolve has been a helluva fun ride. We first saw this area enter our Top 10 with an Honorable Mention in 2010 followed by our #8 Billfishery in 2012. Since then,  they have climbed in our Rankings to now have taken the #1 spot three separate times.

It is an odd thing to say, but the Blue Marlin fishing was better than the Sailfishing in 2017. We did not have a single report of 30+ Sailfish released, despite having twenty-six (26) over 40+ releases in 2016. The best reported day we had came off the Big Oh who went 27-33 on Sailfish. This is obviously an excellent day, but when compared to prior years, it was actually below average if you can imagine that.

Costa Rica as a whole has always been known for great variety. In any given day a Blue Marlin, Striped Marlin, Sailfish and even a Black Marlin can be caught.  This year was particularly good on Black Marlin. They went from an accidental catch to a  reliable target over a 3 month period of time.  The best day we saw was 4-5 on Black Marlin on the Brown Eyed Girl. Even though the most common Grand Slam is the Blue Marlin, Striped Marlin and Sailfish, the presence of the Black Marlin made this an exceptional season for Slams. We saw a total of twenty-four (24) Grand Slams in 2017, making it the best place in the world to get one.

This has always been a quantity over quality type of fishery, but we did get nine (9) Marlin reported to us over 500 lbs. Oddly enough, the largest fish was a 700 lbs. Black Marlin released on the Fish Tank.

This is absolutely a year round fishery with billfish caught a released in every month. You will not be alone out there either as this destination has now become one of the largest fleets we cover and for good reason.