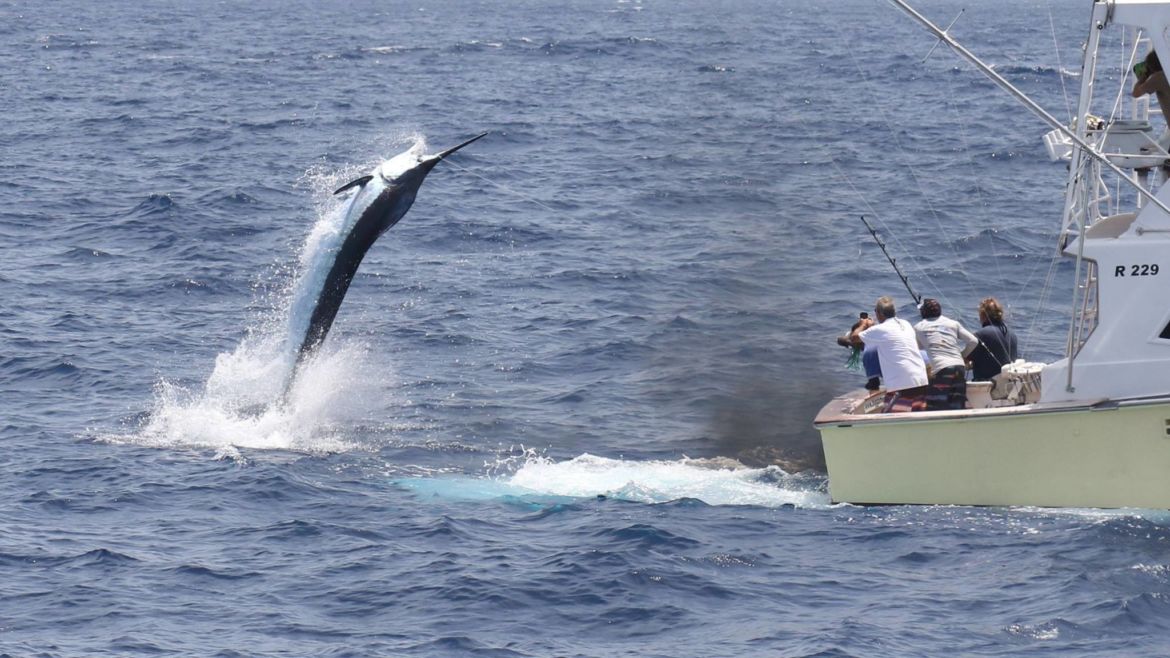 The Billfish Report is counting down its Top 10 Billfisheries of the Year, with #2 Cape Verde Islands . Criteria for our Top 10 include fish numbers, variety of billfish species, reports, average size of fish, length of season and number of boats fishing. With over 9,000 Billfish Reports submitted to us in 2017 from around the World, to even be considered for our Top 10 makes a fishery one of the best!

Cape Verde Islands – Certainly one of the those “special places” within our sport. A fishery that commands respect for both fish size and abundance.  Arguably the best Blue Marlin fishing in the world, with little to no resistance.  This is likewise one of, if not the most reliable bites in the Atlantic. In fact, Cape Verde has never left our Top 3. When numbers are down, size takes over, when size is down, numbers dominate. How is that for consistency.

Cape Verde Islands made a name for themselves for the absolutely incredible numbers of Blue Marlin seen here. It was and still remains some of the most productive waters and they proudly boast they are a “FAD Free Zone”.  What was probably under appreciated was the quality of the fish they were seeing. While no Granders weighed in 2017, this fishery produced two Blue (2) Marlin over 1,200 lbs. in 2016, making these historic fish within the Atlantic. 2017 proved to be a year for big Blue Marlin as well, with (109) reported to us over 500 lbs.  with the largest weighed on Bebiche (992 lbs). This was by far the best fishery in the Atlantic and was the the best fishery Worldwide for Blue Marlin and the best place in the World to catch any marlin (Black or Blue) over 500 lbs.  In what was a slower than normal year on numbers, Cape Verde produced 25% of all Marlin caught over 500 lbs. Worldwide. What is scary about this stat is that their numbers were actually down from 2016, when they produced almost 1/3 of all large Marlin caught in the world.  Capt. Marco Canu on Sambo and Capt. Stuart Simpson on Nha Cretcheu lead all boats with fifteen (15) over 500 lbs and Capt. Marty Bates on La Onda Mila pulled in 3rd with thirteen (13).

As previously mentioned, numbers were down compared to prior years. We still got ten (10) reports of 5+ Blue Marlin released in a Day. The best single day came off the Hebe going 8-11 on Blue Marlin. Other great Blue Marlin days included Hebe going 7-9, La Onda Mila going 6-12, Andromeda 5-5 and Cal Rei 5-7.

Variety here is about average with White Marlin and Spearfish in the spread, but not generally targeted. The fish are here year round, but the “season” is generally 5-6 months in length for the majority of this relatively small fleet.

Congratulations to Cape Verde our #2 Billfishery for 2017!