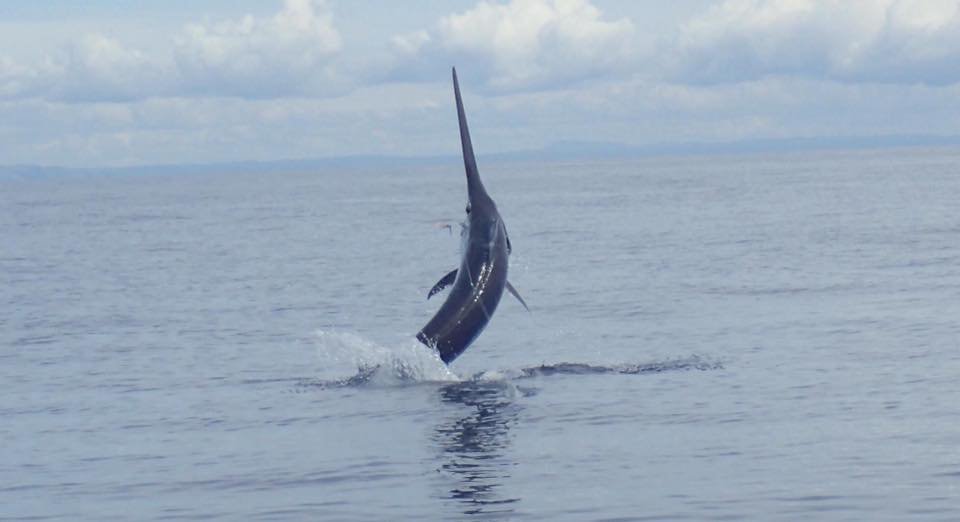 The Billfish Report is counting down its Top 10 Billfisheries of the Year, with #9 New Zealand. Criteria for our Top 10 include fish numbers, variety of billfish species, reports, average size of fish, length of season and number of boats fishing. With over 9,000 Billfish Reports submitted to us in 2017 from around the World, to even be considered for our Top 10 makes a fishery one of the best!

New Zealand  –  From ports like Tutukaka,  Bay of Islands, Whangaroa, Houhora and Mercury Bay we present to you the North Island. Ask any avid billfish angler in the world what they think when they hear New Zealand, it will be undoubtedly be either big Striped Marlin or big Swordfish (maybe rough seas too).  History would not prove you wrong with either as New Zealand still holds the All Tackle World Record Striped Marlin (1986) of 494 lbs. They also can boast nineteen (19) Line Class Records on Striped Marlin, which is every men’s record and all but three (3) women’s records. On the Swordfish side, while not quite as impressive as the Striped Marlin records, New Zealand hold seven (7) Line Class Records.  Despite these historically significant records, New Zealand has never been in our Top 10, so a big hearty welcome.

If you are going to break into the Top 10 as a “rookie” you better do it in style and New Zealand did just that. We don’t admit to being historical experts on this fishery, but when you catch twenty (20) Swordfish over 500 lbs in a season, we are thinking that is pretty special.  New Zealand represented 82% of all Swordfish caught over 500 lbs. in the World. Clearly making it the best fishery for large Swordfish in 2017. The largest Swordfish reported to us was 795 lbs. by angler Nicky Sinden, which is also the Women’s 130 lbs. World Record. It was a in fact a year of records for New Zealand with angler Guy Jacobsen setting two incredible angling feats with a 593 lbs. Swordfish on 20 lbs. test and a 557 lbs. Swordfish on 30 lbs.

While we are in the land of giants, we might as well touch on Blue Marlin as well. We had fifteen (15) Blue Marlin reported to us over 500 lbs. including a Grander (1,027 lbs) on Hot Lips and a 924 lbs. Blue Marlin on Gladiator.  Between Blue Marlin and Swordfish, New Zealand would have placed 5th in the World for 2017 for Billfish over 500 lbs.

With these kind of stats, you may we wondering why they did not place higher than 9th. In our formula the two largest areas to garner points is size and numbers. New Zealand clearly was a top producer in size, but they did not quite register when it comes to numbers. Likewise, their season is relatively short given their southern geography.  However, if you looking for a large Swordfish or Striped Marlin, it pretty clear where you need to go.

Congratulations to New Zealand our #9 Billfishery of 2017.