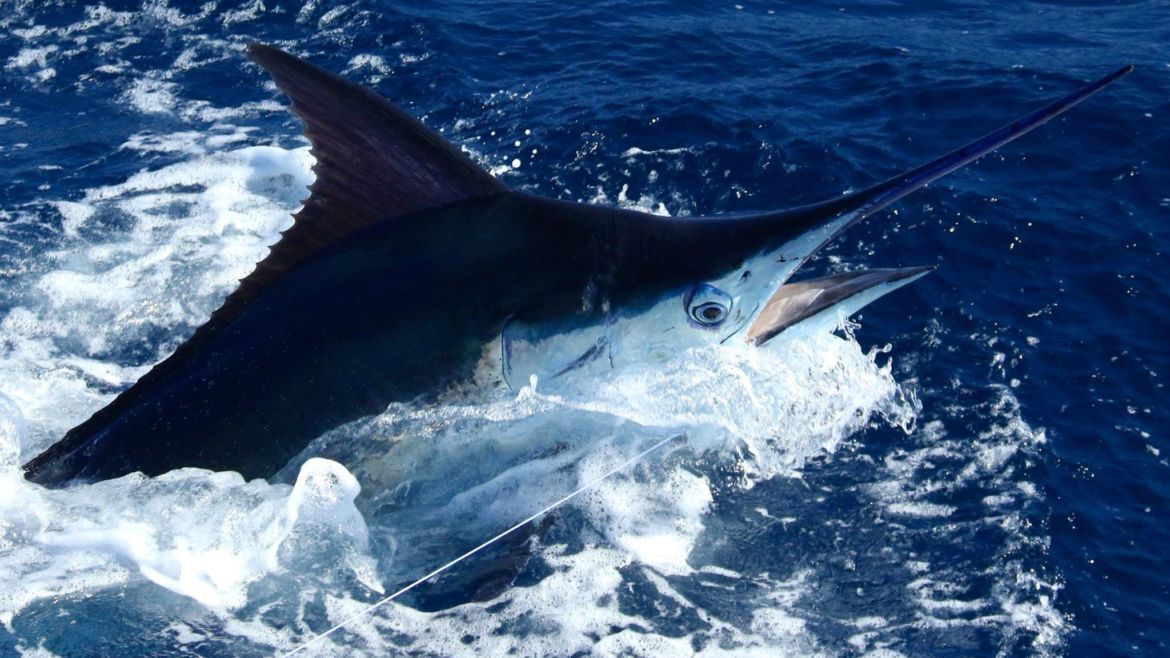 The Billfish Report is counting down its Top 10 Billfisheries of the Year with an Honorable Mention to Exmouth, Western Australia. Criteria for our Top 10 include fish numbers, variety of billfish species, reports, average size of fish, length of season and number of boats fishing. With over 9,000 Billfish Reports submitted to us in 2017 from around the World, to even be considered for our Top 10 makes a fishery one of the best!

Exmouth, Western Australia –  Since breaking into out Top 10 in 2013, this fishery has never left our Top 10 until this year. This fishery remains one of the most diverse  in the World when it comes to Billfish. It is the only place on the planet where is it possible to get double digit Blue Marlin, Black Marlin and Sailfish.

Historically it has likewise been one of the finest places to catch a Grand Slam, but in 2017 we only had four (4) reports on Grand Slams. From those, the most prolific was 5 Black Marlin,  2 Sailfish and a Striped Marlin on Ballz Deep.

Not typically known for size,  we did have eight (8) reports of Blue Marlin over 500 lbs. making it one of the better years for size. The largest fish released were both Blue Marlin, estimated at 650 lbs. from Disco Prawn and Peak Sportfishing.

Despite what may seem like a slightly slower season,  they made an Honorable Mention for a reason. They had ten (10) reports from which at least five (5) Blue Marlin or Black Marlin were released. The best day came from Peak Sportfishing going 10-16 on Blue Marlin and 1-1 on Striped Marlin.  There was the usual nice wave of Sailfish, but was not as sustained as prior yearz. Still, those who were lucky enough to be on the water, enjoyed tremendous fishing. On Strike recorded a fifteen (15) Sailfish day and Team Azura released forty-one (41) over 3-Days.

While there is a peak season here for certain Billfish, it is a certainly a year round fishery with every month accounting for a report. This is one of the smallest fleets we cover, with only a handful of full time charter operations. We get almost half of our reports from recreational fishermen (with our thanks), so we are always curious as to the full potential of this fishery.

Congratulations to Exmouth, Western Australia for their Honorable Mention in 2017!