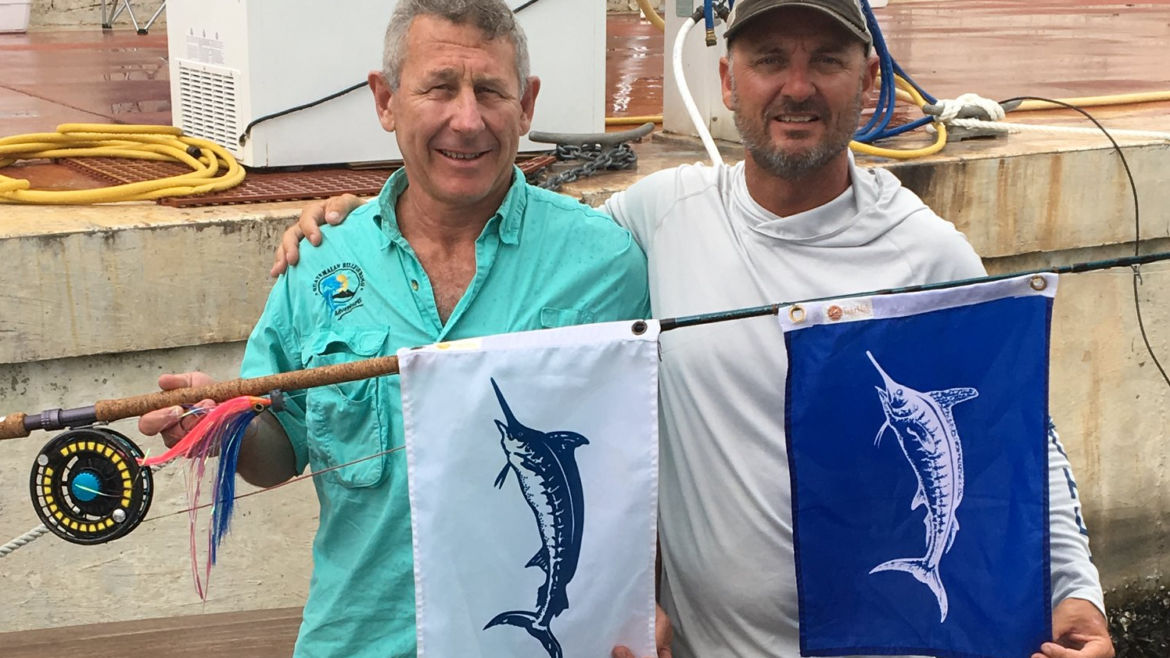 Jeremy Brock of Kenya became the first angler to catch the Billfish Royal Slam on Fly within a Year. This is without question one of the most difficult accomplishments in all of fishing and to do it in a year, makes it just that much more special.  Mr. Brock had to travel literally around the world in order to achieve this feat.  He began his journey in Guatemala with a Pacific Blue Marlin and Pacific Sailfish. He then traveled to the Dominican Republic for his Atlantic Blue Marlin and White Marlin. He caught his Atlantic Sailfish in Angola and then a Swordfish in his home waters of Kenya (the most challenging species). He then travelled to Kona, Hawaii to get his Spearfish and finally to Australia for his Striped Marlin and Black Marlin.