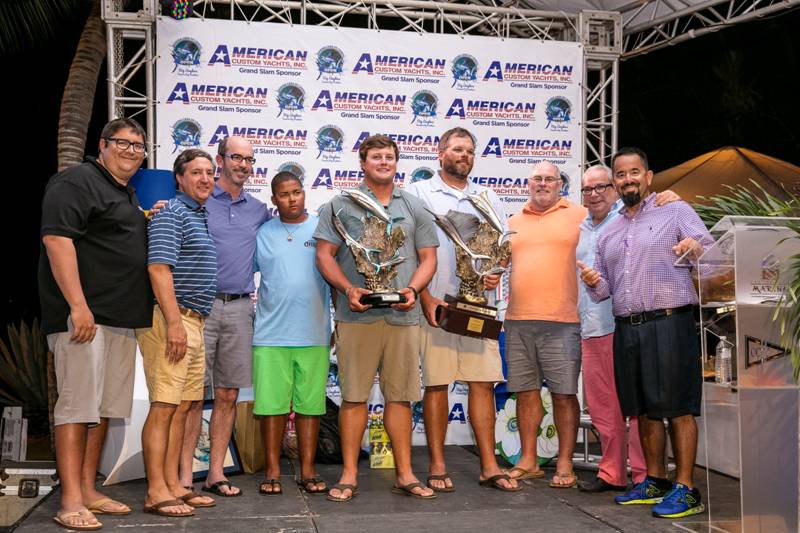 The MCDC Open directed by Robert “Fly” Navarro had a successful 19 sport fishing boats competing, and the attendance of about 200 people that enjoyed an unforgettable activities agenda, which started off with a welcoming cocktail at the Casa de Campo Yacht Club, home to the perpetual MCDC Open trophy.

The first fishing day, lines were in at 8:00AM and at the end of the day Auspicious, Builders Choice and Reel Healin’ took the lead releasing 3, 2 and 2 Blue Marlins respectively. The fleet of the tournament released a total of 14 Blue Marlins and one on White Marlin. The day closed with a BBQ party at the Yacht Club, entertained by a selection of Santiago Carnaval dancers, which everybody enjoyed in a camaraderie environment. The same night, the top three boats of the first day were awarded prizes.

The second and last fishing day, boats set off earlier in the morning, lines were in the water at the appointed time, but the real action came in the last three hours of the tournament. Reports were plentiful and the wild day came to an end with Builders Choice 8Capt. Brent Gaskill) in first place, with a total of 5 Blue Marlin releases, Auspicious (Capt. Cookie Murray) in second place also with 5 Blue Marlin releases and Intents (Capt. Rhett Bailey) in third place with a total of 4 Blue Marlins.

The tournament closed with a spectacular award ceremony followed by a party with live music and DJ.

Next year in 2019 the tournament is scheduled for March 14-16, with interesting novelties that will make it a must of the Marina Casa de Campo’s Fishing Season.