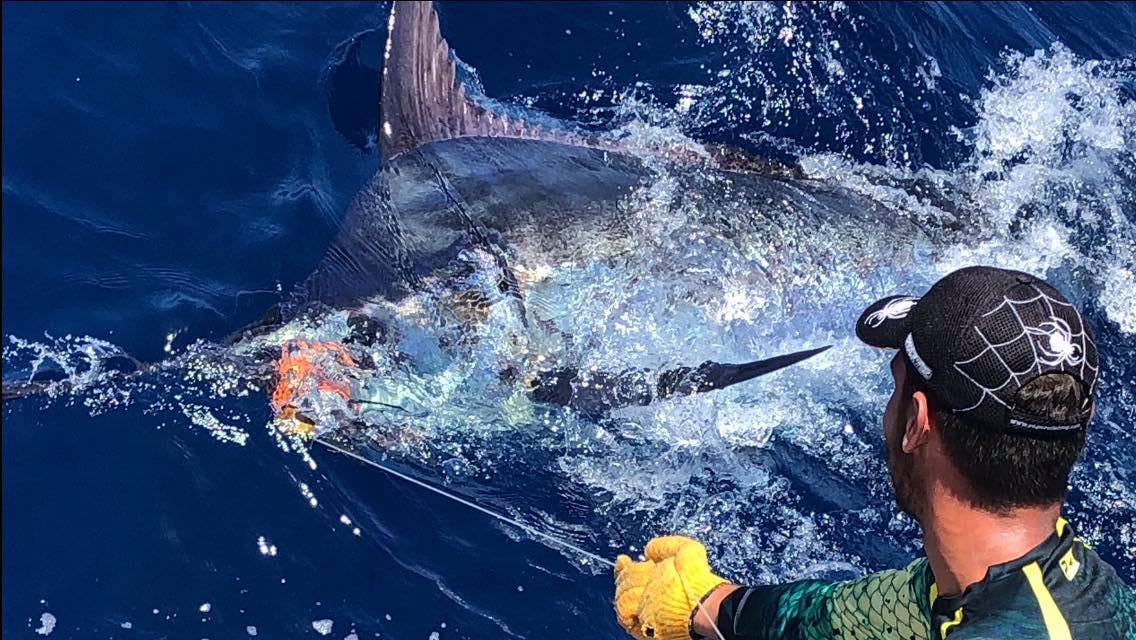 2018 Billfisheries of the Year – #8 Canary Islands

The Billfish Report is counting down its Top 10 Billfisheries of the Year, with #8 Canary Islands. Criteria for our Top 10 include fish numbers, variety of billfish species, reports, average size of fish, length of season and number of boats fishing. With over 9,000 Billfish Reports submitted to us in 2018 from around the World, to even be considered for our Top 10 makes a fishery one of the best!

This was one of the tightest scores we can remember between two fisheries (Madeira & Canary Islands). The Canaries produced forty-six (46) Blue Marlin over 500 lbs. just two better than Madeira. That slight advantage placed them 2nd in the Atlantic for large Blue Marlin. From those we had nine (9) over 700 lbs. and four (4) over 800 lbs. from Cavalier, Fish On, Bocinegro and Nell Magic. (It is illegal to kill a Blue Marlin in these waters, so you rarely see them weighed). Both Nell Magic (La Gomera) and Cavalier (Grand Canary) recorded two of the better days of the season, releasing two (2) Blue Marlin over 500 lbs.

While we did not see the more typical numbers of Blue Marlin, we did see a lot of consistency. We did not get a report of more than two (2) Blue Marlin caught in a Day, but Cal Rei did have five (5) hook-ups. The White Marlin bite did not materialize this season either, with just a scattering of fish being caught. This was likewise the case on Spearfish.

The fleets here, if you can call them that, are very small. Grand Canary has the largest number of boats fishing (4-5), with many of the other other islands with only a couple of boats targeting billfish. The small number of boats, make their numbers even more impressive on Blue Marlin. They have a relatively short season with 4-5 peak months on Billfish, but they extend their season with a great Bluefin Tuna bite.

Congratulations to Grand Canary our #8 Billfishery of 2018.