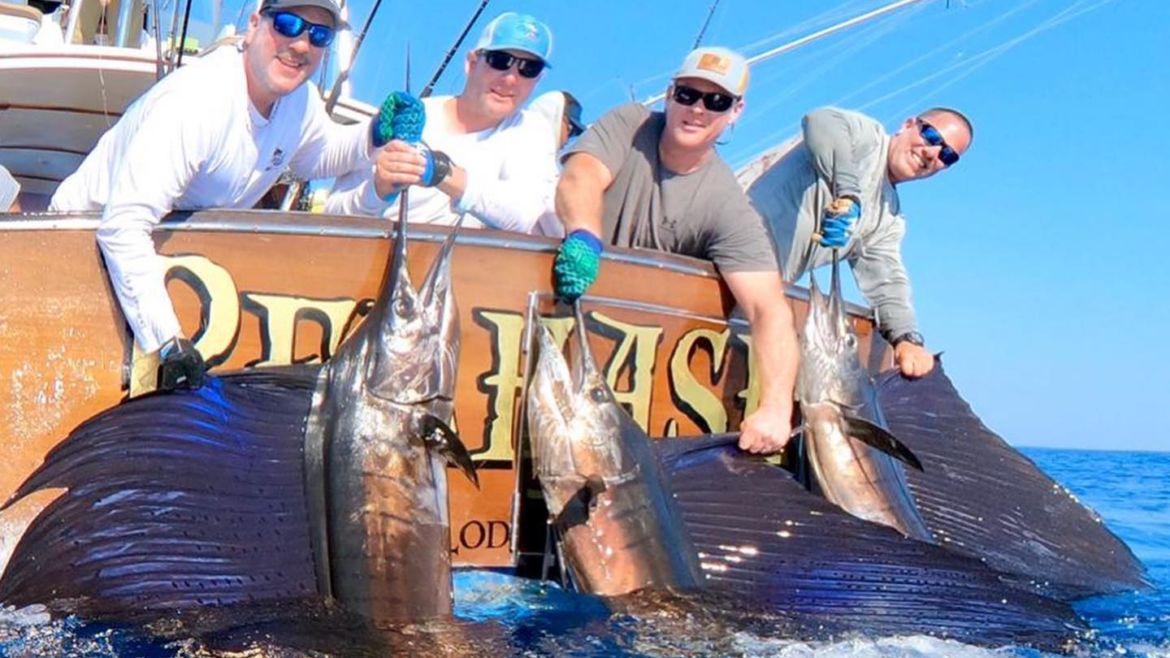 The Billfish Report is counting down its Top 10 Billfisheries of the Year with our #6 Billfishery Guatemala. Criteria for our Top 10 include fish numbers, variety of billfish species, reports, average size of fish, length of season and number of boats fishing. With over 5,000 Billfish Reports submitted to us in 2019 from around the World, to even be considered for our Top 10 makes a fishery one of the best!

Guatemala – Despite a lot of “imposters” who get waves of Sailfish from season to season, Guatemala has without a doubt the best Sailfishing in the World. The proliferation of these fish, allows everyone from the novice to the those using Fly or the Record seeker a chance to reliably catch a Sailfish. From our inception, they have never left our Top 10 and in 2016 were named our Top Fishery in the World.

This is without a doubt a reliable Blue Marlin fishery for those wanting to chase them as well. We had one 5+ Blue Marlin day reported to use from the Allure II. From that same report, they released a Grand Slam with three (3) Sailfish and a Black Marlin, probably one of the finest days of the season. In total we had six (6) Grand Slams reported to us with the most common combination of Blue Marlin, Striped Marlin and Sailfish.

This is a medium size fleet from our reports, with the majority of the reports coming off fifteen (15) boats. This is absolutely a year round fishery, but there is a peak season if you want to target Sailfish in large numbers.

You are most likely not coming to Guatemala to target 500+ Marlin, but we did have two (2) Blue Marlin reported to us on the Allure II and Sur Reel.

Congratulations to Guatemala, our #6 Billfishery for 2019.