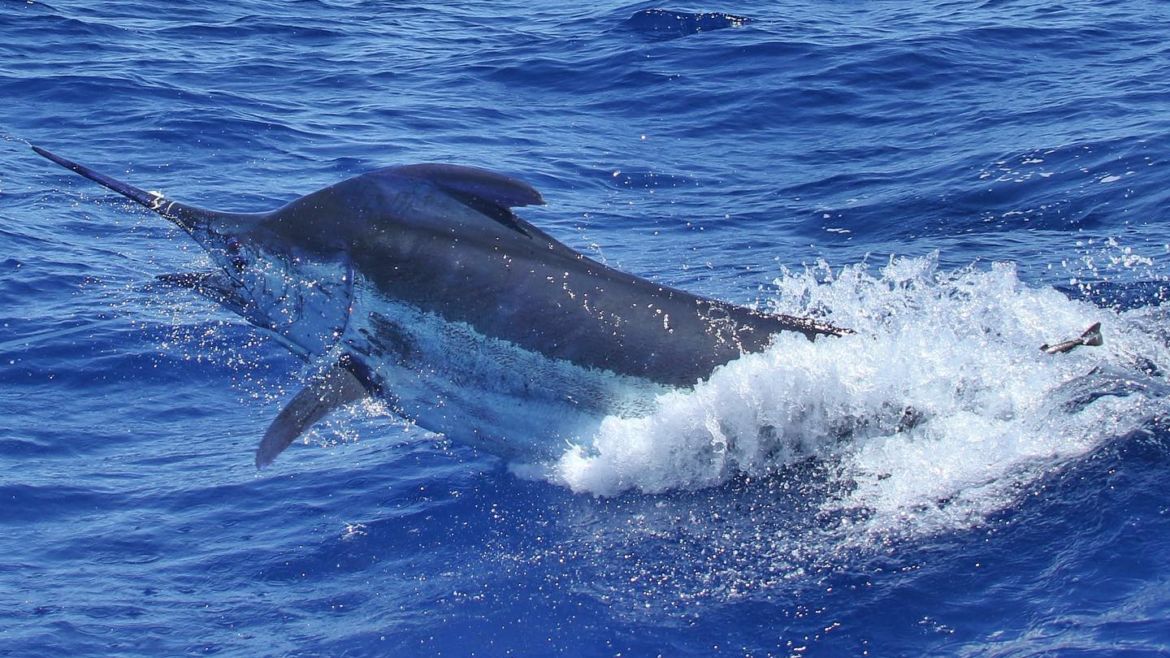 The Billfish Report is counting down its Top 10 Billfisheries of the Year with our #4 Billfishery is Exmouth, Western Australia. Criteria for our Top 10 include fish numbers, variety of billfish species, reports, average size of fish, length of season and number of boats fishing. While reports were down in 2020 as many fisheries had limited days fishing or in some cases an entire season cancelled, we still had over 4,000 Reports. We want to acknowledge and congratulate those who were able to fish in 2020 as there was still some amazing fishing to be had.

Exmouth, Western Australia –  The Australian Government enacted some of the strictest laws due to the pandemic. Not only could international travelers not enter the country, inter-country travel was also restricted and in some cases prohibited. Luckily the fish have no fences or borders to cross and for those lucky enough to fish Exmouth this year, they showed up in force. We first welcomed Exmouth into our Top 10 in 2013. Since then, they have been pretty darn stubborn, leaving us only in 2017 & 2018. We have thoroughly enjoyed seeing this fishery grow into one of the Top Billfish Destinations in the World.

If you are not thinking variety, you are not thinking Exmouth. This is just one of a handful of locations in the world, where a Grand Slam is a reality almost any day you fish. Blue Marlin, Black Marlin, Striped Marlin and Sailfish are patrolling these waters at all times looking for a meal. While they placed 4th in the World for Grand Slams with six (6) for 2020, this is also one of the smallest fleets we covers with only 3-4 boats routinely reporting. There were literally countless numbers of days with a Slam “seen or raised” but that is why it is so much sweeter when you finally get all three. Capt. Eddy Lawler of Peak Sportfishing released four (4) Grand Slams on the Year.

This can absolutely be numbers fishery as well, but a lot times the numbers are not on one particular species. You could easily catch five (5) Billfish in a day, but it may be between two species. With that said, for those who were our targeting specific species, there was some excellent fishing. We had four (4) reports of 5+ Black or Blue Marlin caught in a Day. Top Boat on Blue Marlin was White Unicorn going 6-9 and Peak Sportfishing going 7-9 on Black Marlin. The biggest anomaly of the year had to be on Sailfish. While doing their best Guatemala impression, Peak Sportfishing released forty (40) Sailfish in a Day. One of only three fisheries to have gotten 40+.

Size may not always be on the menu, but during Blue Marlin season, Exmouth will provide you shots.  We had six (6) Blue Marlin reported to us over 500 lbs, with White Unicorn and Peak Sportfishing both releasing 700 lbs. class fish. This was good enough for 5th in the World in 2020.

This is a year round fishery with Billfish caught in every month of the year. If you want target Blue Marlin there is more of a “season”, but they can likewise be caught almost year round.

Congratulations to Exmouth, our #4 Billfishery for 2020.